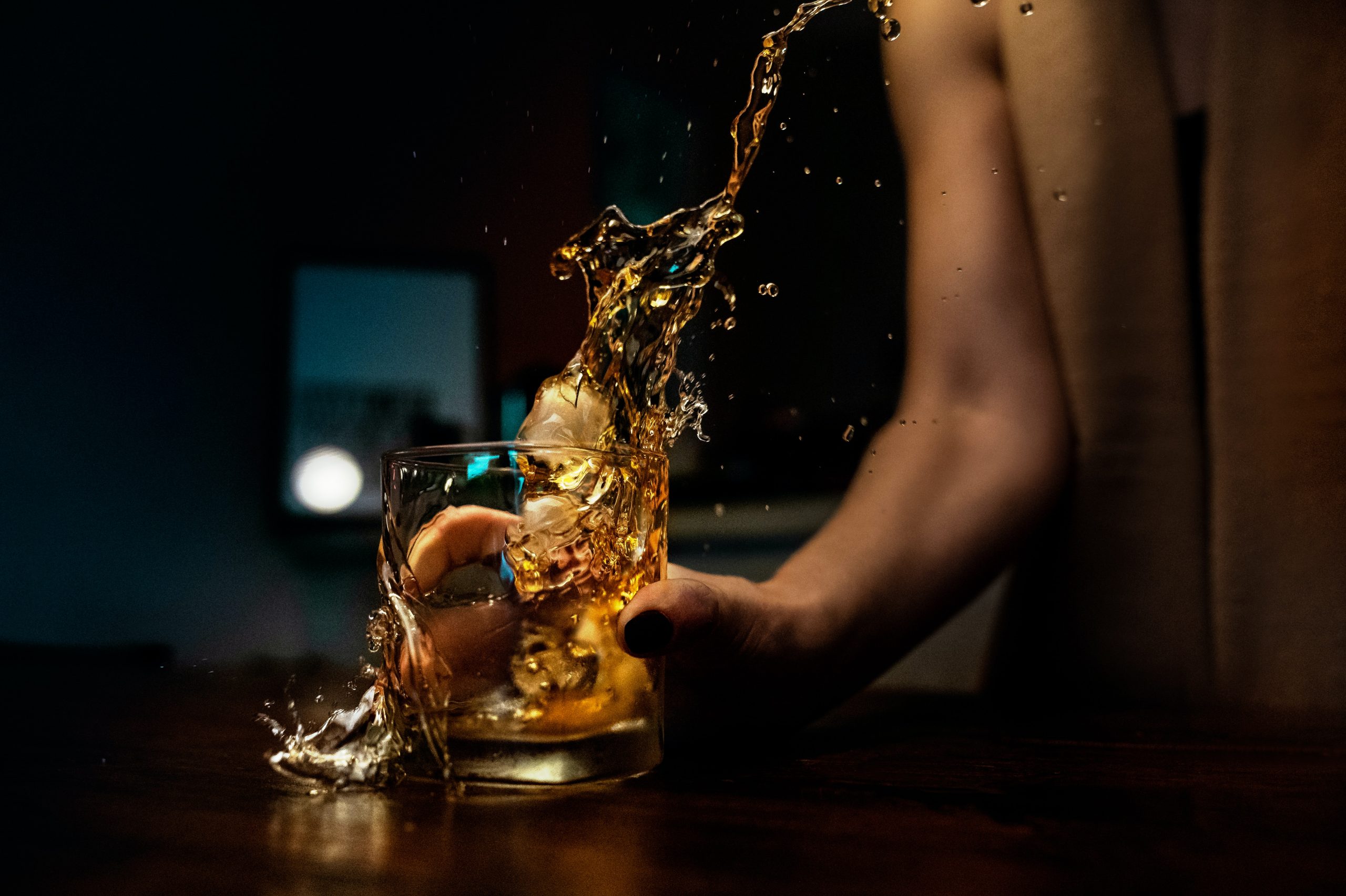 There was a rumour doing the rounds during the pandemic. Jesus finally finds his father in Scotland after 18 months of lockdown searching and asks “What are you doing here when all your followers need you at a time like this?”   and God answers, “I’m working son, working from home.”

Scotland and the Scots who populate it have made many remarkable contributions to humanity, but penicillin is rather harsh on the palate and I like to think of our greatest gifts as the pleasurable ones, like Golf and Whisky. There exists a symmetry between the two that I will attempt to explain latterly.

The Popularity of Malt Whiskies

The boom in popularity of single malt whiskies has led to the re-opening of old distilleries and the creation of new ones.

In the next 2 years, we will see 14 new distilleries open for business, with an existing count of 130, that’s an increase of over 10% in production. 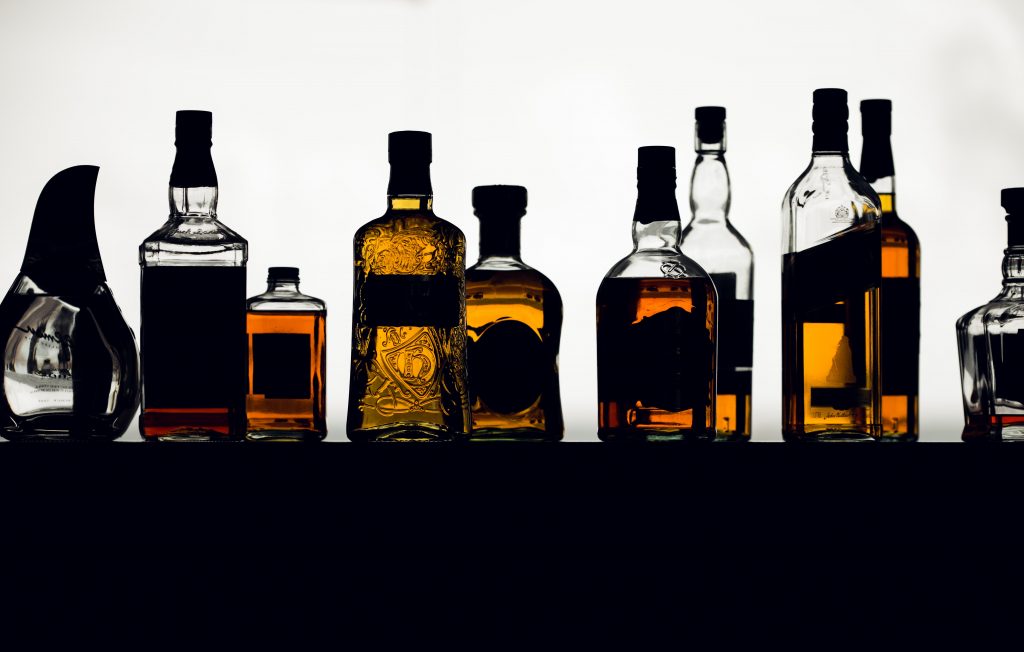 Nowhere is the effect of this boom in greater evidence than the Isle of Skye and nearby. Since 1830 the island has had one rather classic single malt distillery at Talisker on the shores of Loch Harport, a sea loch. 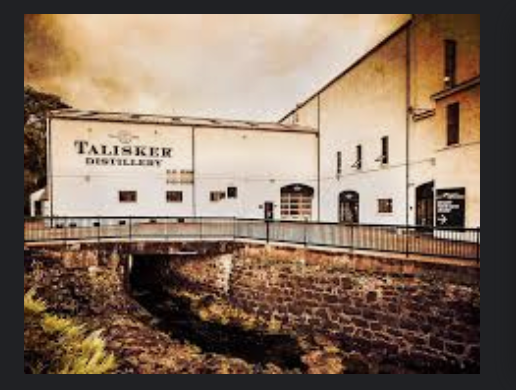 Its location, water, and environment have produced the uniquely famed taste of Talisker, subtly smokey, salty, and peppery. 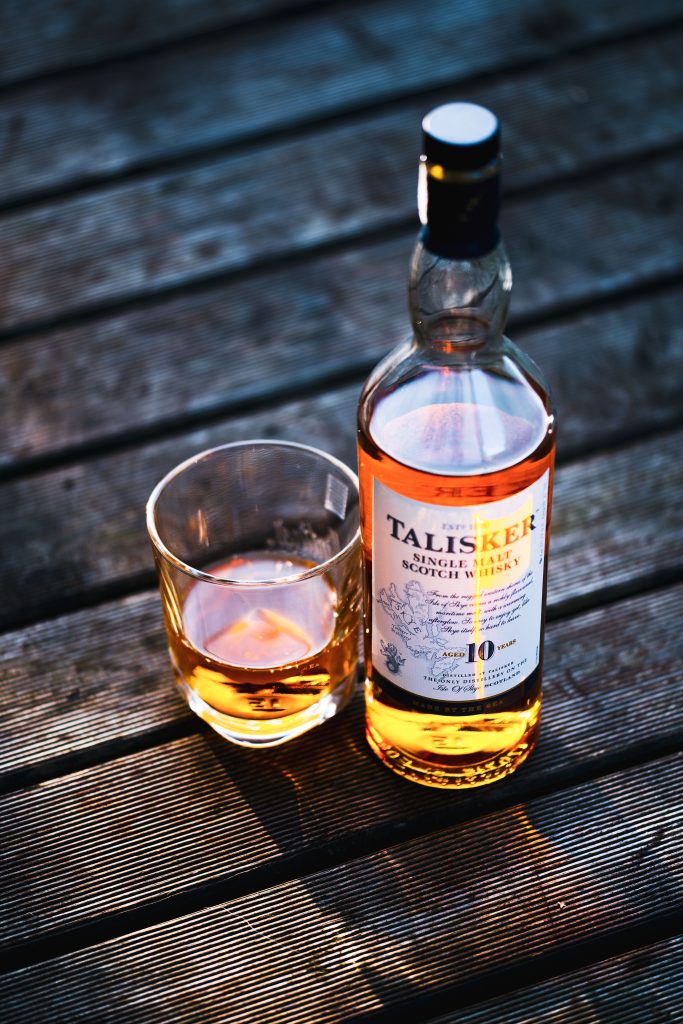 Having been the only show in town for what is fast approaching 200 years, Talisker’s competition is about to increase by 200%. There are new kids in town, or more aptly in the case of Skye, Young Pretenders, in the form of new distilleries on the nearby Isle of Raasay off the east coast and Torabhaig on the west of the island.

Whisky is a sector where tradition and provenance hold a lot of water (forgive the pun). In a market where time-honored processes and mythical secrets dominate the consumer’s intrigue, new entrants are often looked down upon as being immediately inferior. This, however, makes no logical sense. Like many traditional products and processes, it too can benefit from technology and innovation. 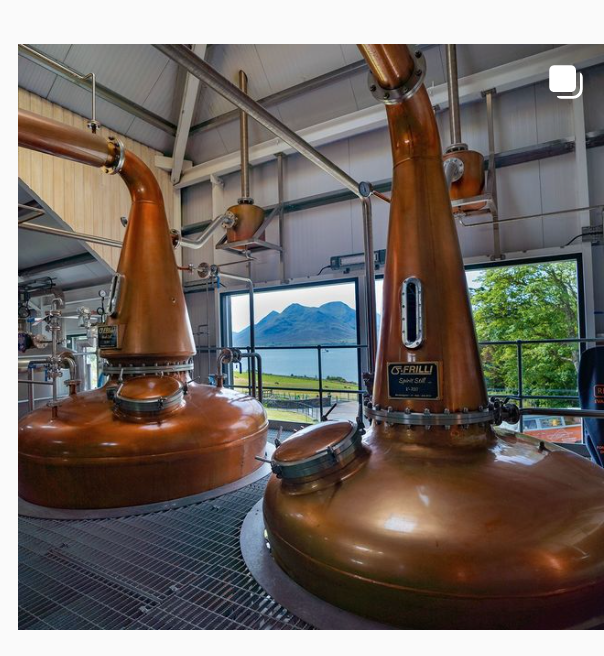 Unsurprisingly, there have been learnings since the 1830s. With all the variables such as environment, water, maturation time, barrel type, and usually a minimum 8 year period to fuse together, who’s to say the “new” won’t be the next big taste in Scotch.

Across the whisky business, Old Masters from the classical distillers are moving into the new frontier of new distillers and creating exciting new whiskies. Jim McEwan, the legendary distiller of Bruichladdich retired in 2017 only to reappear at the newly formed Ardnahoe Distillery. Nick Savage of Macallan departed to create a high-profile new malt from Bladnoch, these are both eagerly awaited products.

So to Talisker’s young pretenders, starting in Raasay, an island a stone’s throw away from Skye with an intriguing past. During the times of prohibition, it is folklore that the Hebrides and the Western Isles were awash with illicit stills. 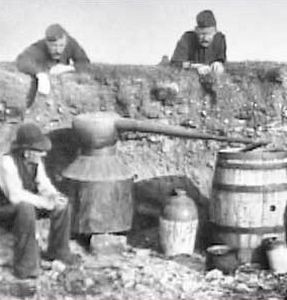 It’s logical, the know-how, coupled with being in remote locations. Raasay was reputedly home to several illicit stills, but the island also served as a distribution point, gathering the illegal produce of the Northerly Isles and shipping their “shine” through Raasay. 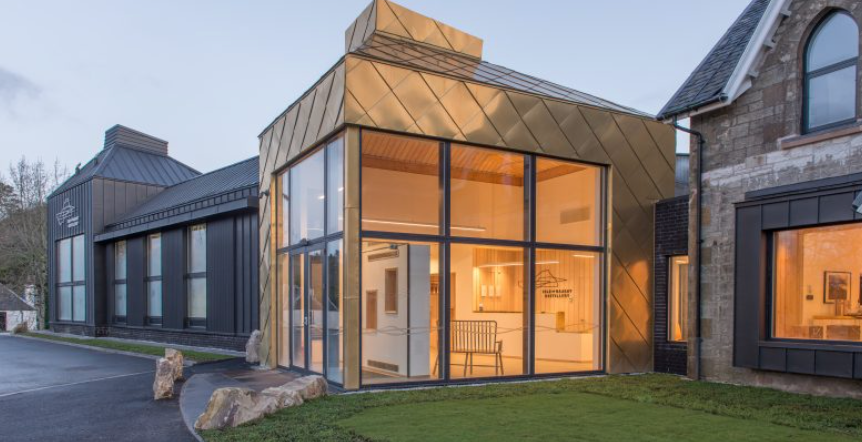 The new distillery is staking a claim to the island’s previous heritage, as the new malt only claims to be the first legal single malt produced from the Island!

The Raasay distillery is open for business and produced its first malt in 2021, the first available 2,500 bottles attracted 17,000 would-be buyers. Interestingly, the distillery is using Rye bourbon cases and barrels used for maturing Bordeaux wine in France. 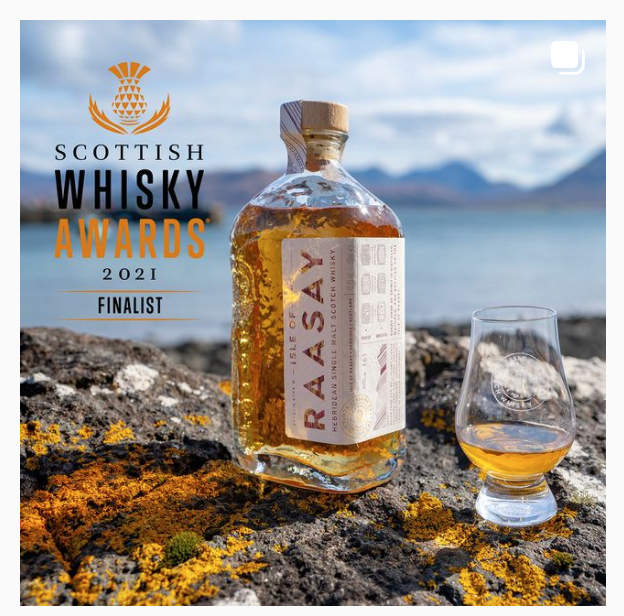 The first batch aptly named Raasay Inaugural, is a pleasing single malt, with nut, spice, toffee, and caramel undertones, not a lot to dislike in that medley. 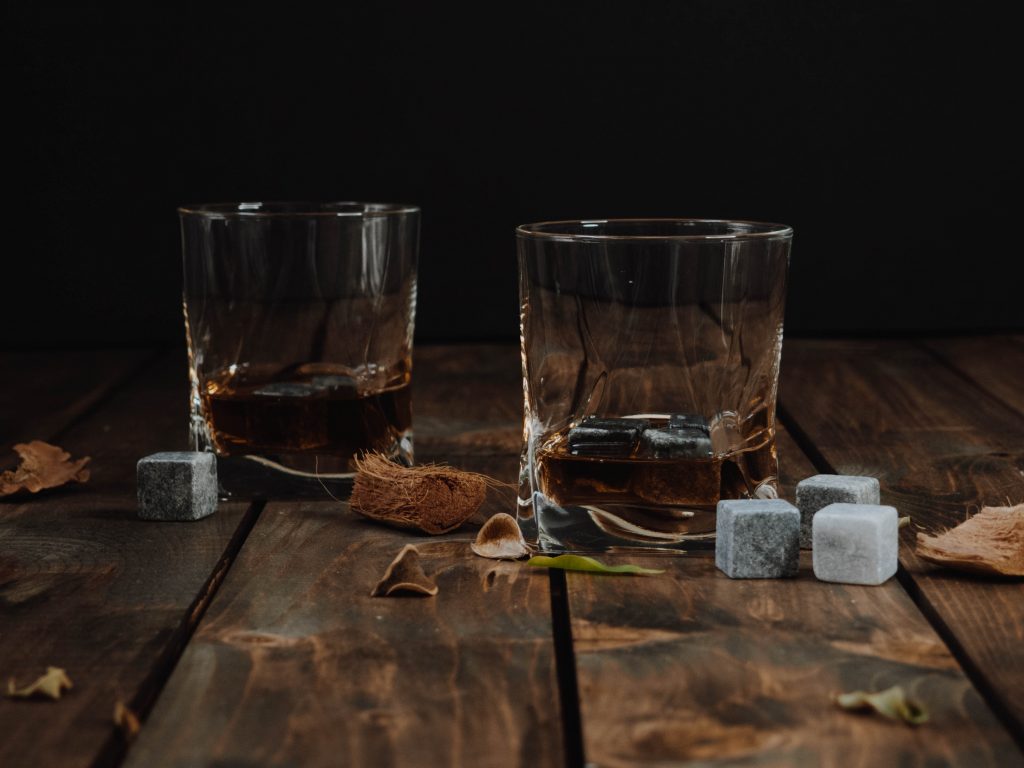 Torabhaig is situated on the southern tip of Skye and is a venture from a family steeped in the traditions of the Scotch business. 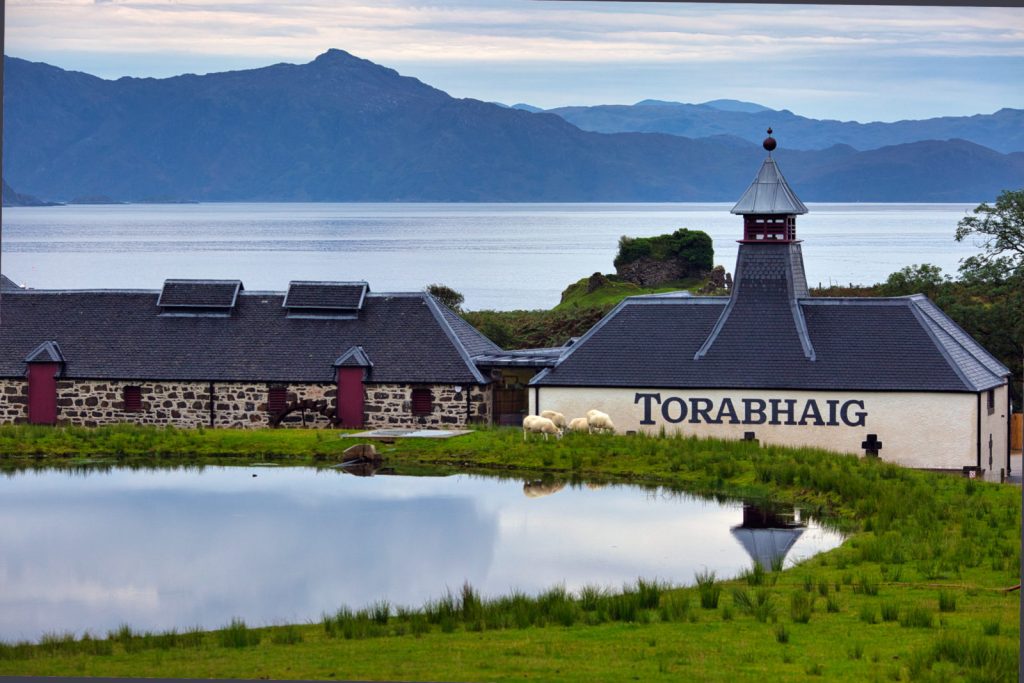 Torabhaig started in 2017 with the launch of its legacy edition, which was bold, peaty, and complex, a taster for things to come. Its second release is eagerly awaited, the Allt Gleann, and is named after one of the two burns that serve the distillery makes a virtue of the old and new, a historical site, a whisky dynasty, and new technology coming together to produce something big, different and special.

Torabhaig is on track to release a legacy 3 and 4 edition in years prior to 2027 when the 10-year-old single malt The Torabhaig will be ready for market and in full production. 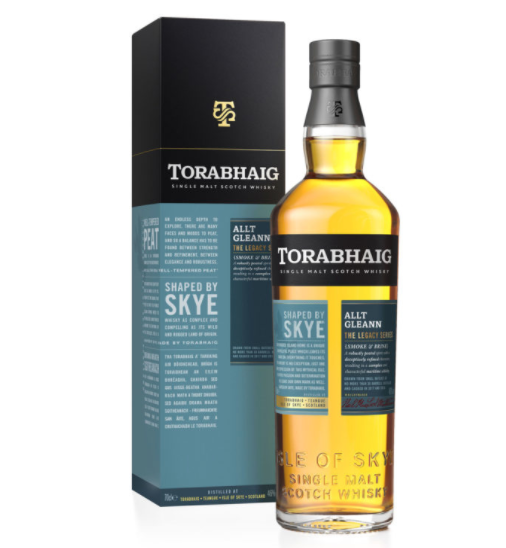 These Young Pretenders will be a welcome addition to the island’s whisky scene providing quality alternatives to the established and iconic Talisker releases and distillery tours. The great hope has to be that both Isle of Raasay and Toraghaig produce original and fabulous whiskies, making Skye a rival to Islay, as the whisky drinkers oasis. This hope is no forlorn dream, which takes me to whisky’s symmetry with Scotland’s other great gifts to the world….. golf.

A similar recipe of historical locations, modern technology, master craftsmen, and new kids on the block fused together on the Scottish Golf Scene in the late ’90s. In the resultant time, new courses of adventure and bold design were added to compete with the traditional classics in the marketplace and at least 4 of these courses Kingsbarns, Loch Lomond, Trump Aberdeen, and Dumbarnie could now comfortably sit in Scotland’s top 10 golf courses. Welcome new additions for all golfers, which complement rather than overshadow the traditional Scottish Classics like St Andrew’s, Muirfield, Carnoustie, Turnberry, and Troon.

In 25 years’ time who knows, Isle of Raasay and Torabhaig could be a bigger draw than Talisker for the whisky connoisseur…. 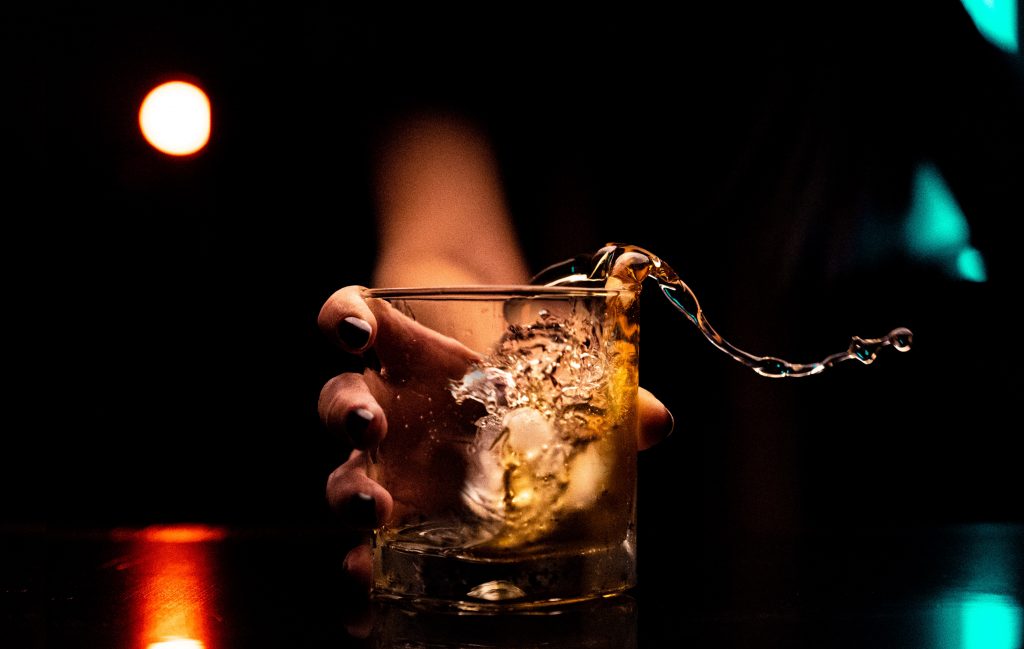 ← Prev: A Travel Guide to the Isle of Skye - Slow Tourism 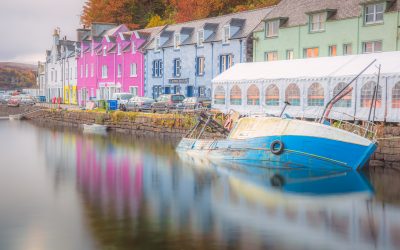 A Travel Guide to the Isle of Skye – Slow Tourism

Travelling To The Isle of Skye This year, there’s a welcome increase in travellers to the Highlands and Islands of... 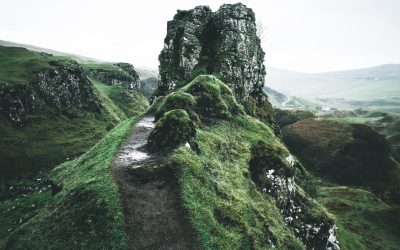 When traveling becomes more than just getting from A to B..... With so many holiday plans to the continent and beyond... 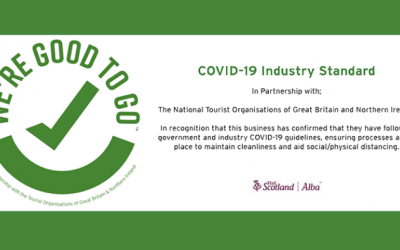 Covid Re-opening Good to Go Policy We re-opened Chasing The Moon Skye when the Scottish government advised it was...